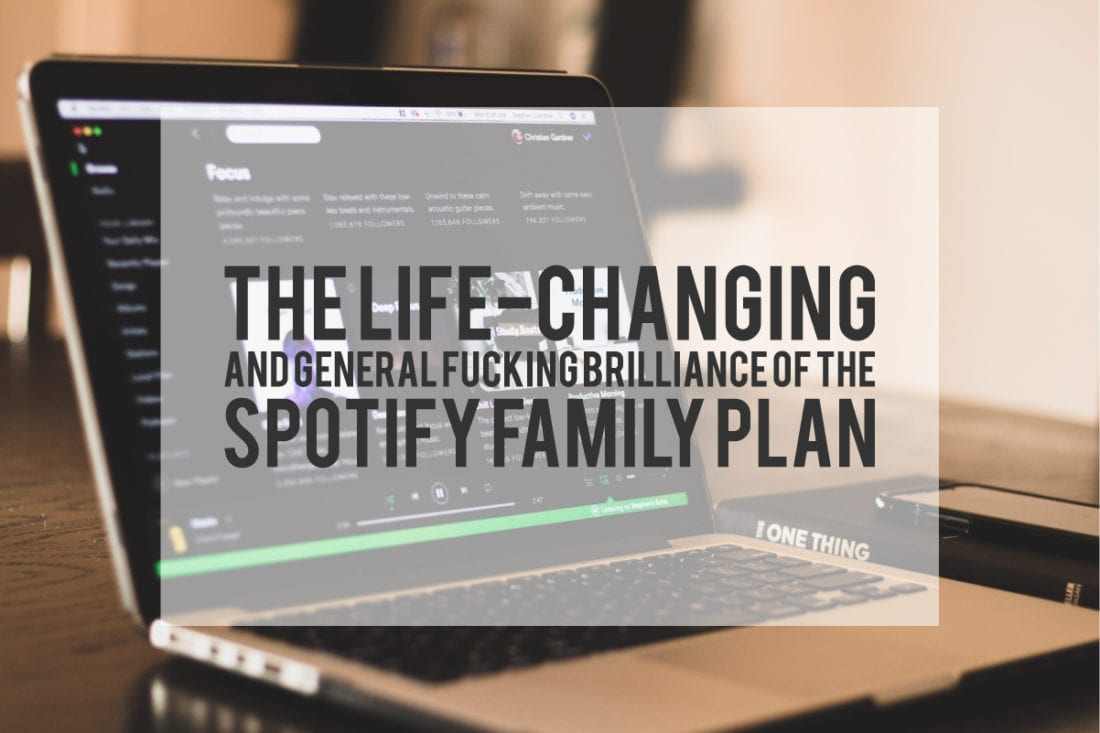 Several years ago I saw a promotion for Spotify Premium for $.99 for 3 months. It was just when Spotify was starting to get more popular and Grooveshark had just been shut down – RIP – so I was looking for an alternative. So I bit.

At the end of the promotion, it was going to go up to the normal $9.99/month subscription. I figured I’d cancel before then and probably just suck it up and listen to commercials.

Well fuck me if I didn’t get addicted. Well played, Spotify. I couldn’t live without it. I could curate all my own playlists and I could create playlists for my friends, for parties, for focusing on being productive, you name it. AND I could download my playlists so I didn’t use data when I was driving or not anywhere with Wi-Fi. Amazing.

HTB (my Hubs-To-Be) is a fan of music. He grew up in the 80s and early 90s so he loves some old school hair band rock and a dash of Wham every now and then. He also can get down with some Tupac and Run DMC. He was still using iTunes and ripping music off like Limewire or something (not verified). Enter me and my obsession with Spotify.

I tell HTB all about Spotify and how great it is and that I would happily upgrade my account to the family plan and let him check it out. Even though this was well before our engagement, I could tell he was Spotify premium material. He seemed neither excited nor opposed to it. His indifference did not affect me, I knew that Spotify would sway him in the right direction.

After about a month, I ask HTB how he’s liking it. He says it’s “ok”. I nearly broke it off right there.

me: “you know you can save whatever music you like, follow playlists, and make your own playlists, right”

So I went back to my regular single premium account. If HTB doesn’t want to have a life-changing music app, then that is his business.

A few months later, I was jammin’ to one of my “Made For You” playlists and HTB comes in hot complaining about his computer slowing down with iTunes and how long it takes to download music and how he wishes he could easily search for new music, blah blah blah. He mentions that he’s thinking about trying Apple Music. FULL STOP.

me: “that shit is the same fucking thing as Spotify and you can just join my account.”

me: “hi where was this 3 months ago dude”

MEN. Anyway, I upgraded AGAIN to the Spotify Family Plan for $14.99/month and added HTB and now, of-fucking-course, he loves it. He even added an account so we can have our Google Home connected to it’s own Spotify account. (We’re probably doing that ass-backwards, but it works for us. If you got suggestions to improve that, let me know.)

Please enjoy some of my summer 2019 jams on Spotify:

I will NOT apologize for the amount of Lizzo on this list.

How do you jam to your music? 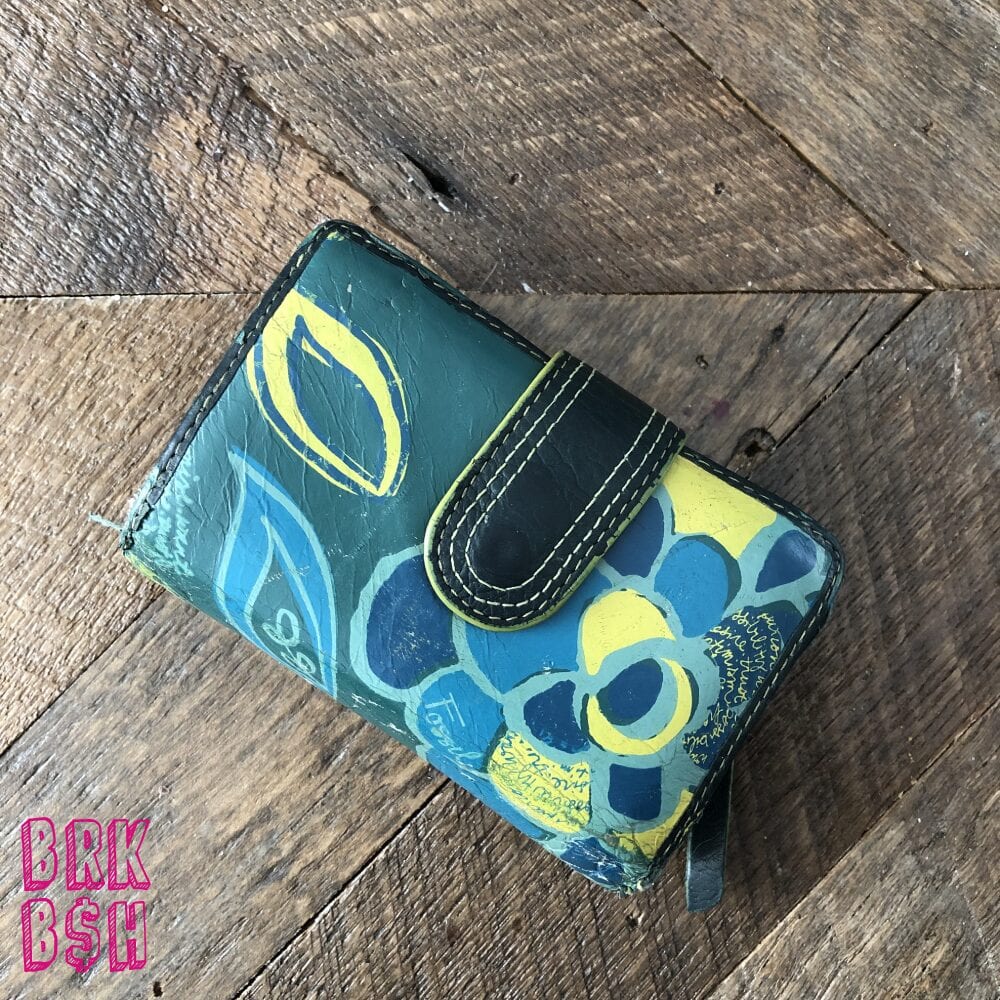 How inappropriate is it to have my first post on a blog about becoming debt-free and living a happy and minimal lifestyle be about buying a new wallet?

It’s probably pretty inappropriate. But I’m all about quality of life and if a new wallet is what sparks joy, then so be it.

Some background: I haven’t bought a new wallet for myself in 11 years. It’s trivial, but I’ve never found one I like nearly as much as my 2008 Fossil wallet. And to have a wallet last 11 years seems well worth the cost if you ask me. 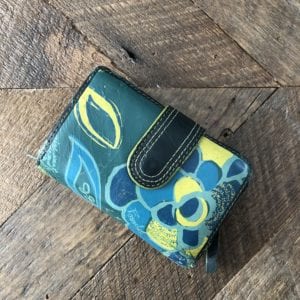 This wallet could probably last another 10 years. That’s how well it’s made. But that’s not to say it hasn’t seen better days.

I’ve been a Prime member since college (remember when it was only like $50/year?). And recently I’ve seen the ads for Prime Wardrobe that allows you to “try before you buy”. Brilliant.

After some deep diving into the program, it sounds almost too good to be true. But then again, I pay $119/year for Prime, so it’s about time I get mine if you know what I mean. And it applies to accessories too! So boom. I picked three Fossil wallets that I really liked (you must select at least three items and they must all be Prime Wardrobe eligible) and added them to my cart. Once they ship, which unfortunately not necessarily on the Amazon Prime 2-day shipping plan, you have 7 days to either keep the items or ship the ones you don’t want back.

In my pessimistic “this has to be too good to be true” mind, I assumed that you had to buy at least one of the items you order with Prime Wardrobe. But as far as I can tell, you can send all items back without penalty or fee. Which, wow. Game changer.

So last Monday, I ordered these babes: 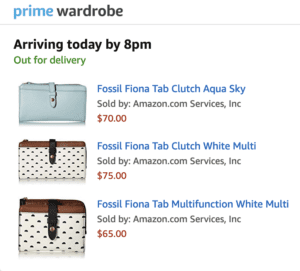 I’ve always been a “small wallet” kinda gal. Meaning, I don’t like those longer wallets that never seem to fit in my purse. But I ordered a long one just to see what it’s like. I’m older now, maybe my tastes have changed. That’s the beauty of this. If I don’t like it, I can send it back without getting charged for it.

So my Prime Wardrobe delivery is set to arrive today before 8pm. Hooray. Well then Fossil goes and sends me this: 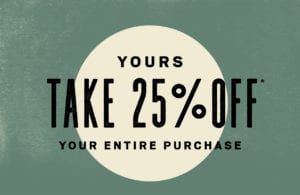 Good online or in-store. And on payday. The Lord is testing me.

In years past, I would have opted for the convenience of just keeping the wallet I already have from Amazon and paying the full price. But after some calculations on Fossil’s website and the application of other coupons from Honey (if you don’t have Honey, install that shit now on your browser. You’re welcome.), it looks like I could save something like $18 on one of these wallets, including free shipping.

And as much as I love Amazon, they don’t price match. So once I’ve decided on which wallet I want, I’m gonna send them all back to Amazon and order directly from Fossil. Boom. Adulting. 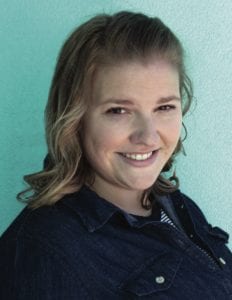